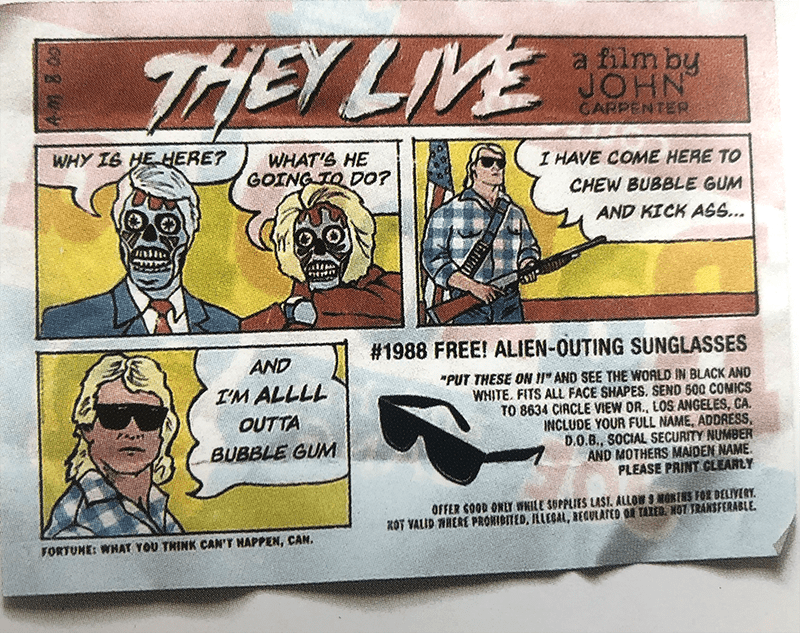 “I have come here to chew bubble gum and kick ass… and I’m all out of bubble gum”. It was 1988 when this movie released starring Roddy Piper, Keith David, and Meg Foster. A lonely drifter (Roddy Piper) discovers a pair of sunglasses that exposes hidden subliminal messages throughout the L.A. metropolitan area orchestrated by aliens. He discovers they are trying to manipulate and control society by forcing them to bend to their will. I should mention this movie has the greatest fist fight in movie history.

This is an awesome re-release from Mondo & Death Waltz. The music is composed by the legendary John Carpenter and Alan Howarth. Their compositions also include, The Halloween franchise, The Fog, The Thing, and Escape From New York, to name a few.

The gatefold album unfolds to brilliant design and artwork. The front and back of the album has a clear plastic sheet that covers subliminal hidden messages lurking behind it. The middle of the booklet pages has a printed blob of “scratch and sniff” bubble gum! The vinyl is laced with smoke design giving it a ghostly look as it spins on the table. 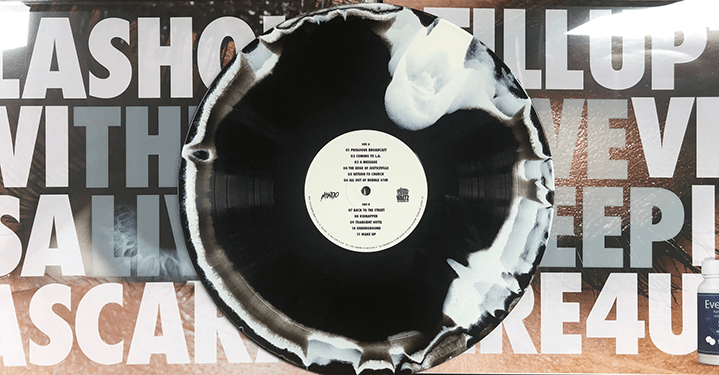 This album overall is a great listen. I give it an A+