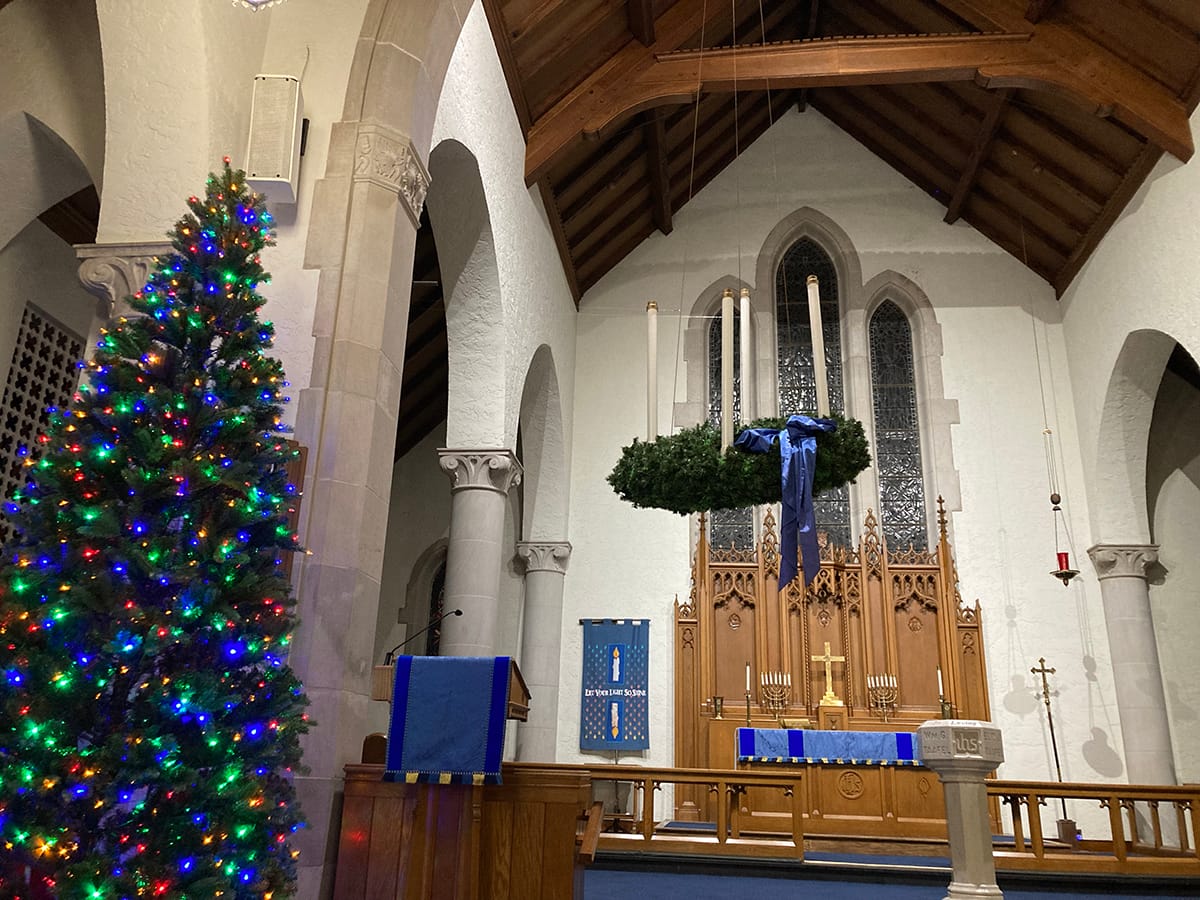 We braved the cold in an effort to kick off the Christmas season by joining a tour group (there were two: green and red and we were placed in the green group) of the “Sights and Sounds of Christmas” in Historic Downtown Newark.  We started at the Second Presbuyterian Church, where the organist played the city’s largest pipe organ.  A prayer initiated us to move onward on the tour.  From there, we proceeded to follow our “lamplighter” dressed in green and carrying a candy cane with a lantern hanging from it to guide our way in visiting church building to church building. 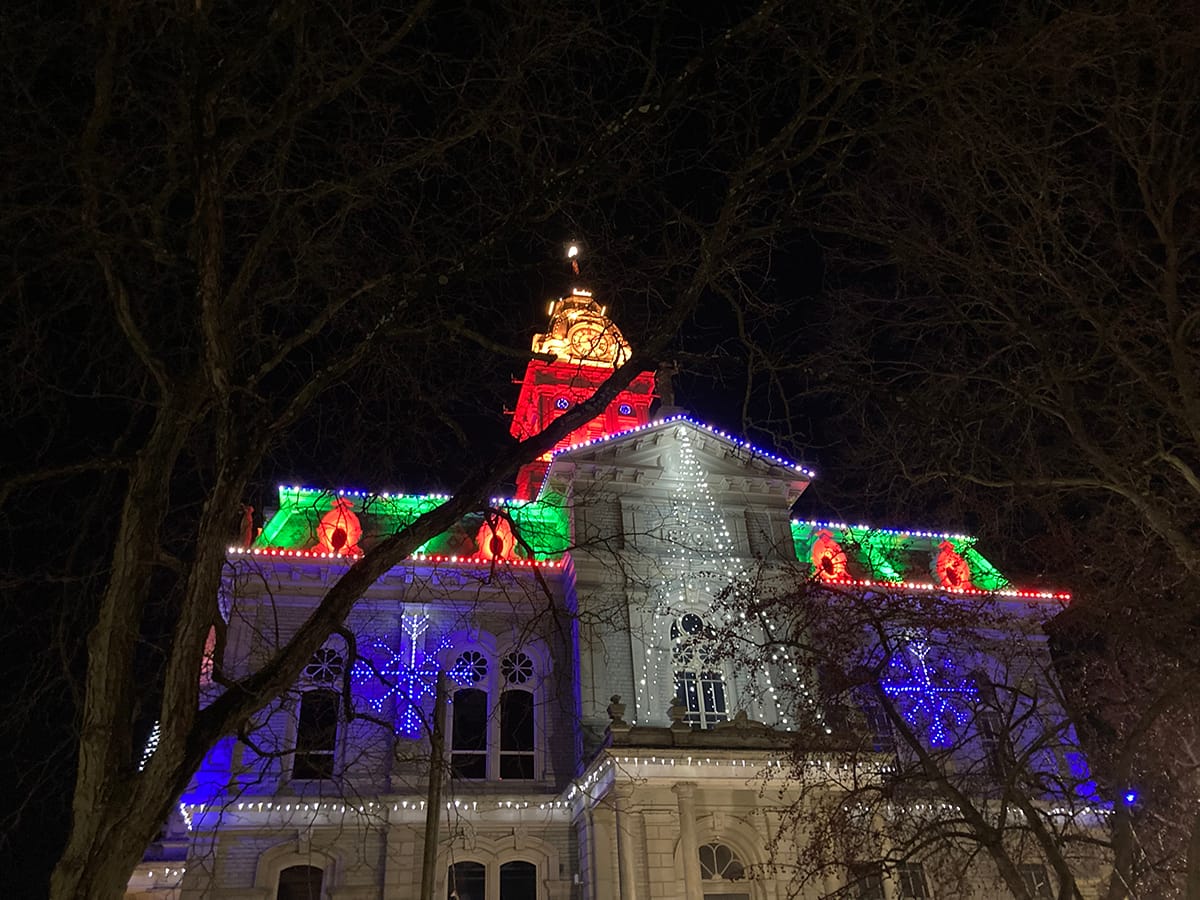 Trinity Episcopal Church was our next stop, where the choir members sang joyfully while dressed as Santa’s elves and a large purple hippopotamus appeared during the song, “I Want a Hippopotamus for Christmas”.  Afterward, we walked to Trinity African Methodist Episcopal Church, where the choir members were all wearing red and gave us a warm and happy performance with clapping and singing.  An acapella song, which reminded us of a Viking chant, was our favorite ‘new to us’ Christmas song that we heard  at the fourth destination, First Presbyterian Church.

With paper lanterns along the path to help lead our way, we continued on to the Licking County Courthouse, where the Newark High School band greeted us and played a handful of Christmas songs.  They had to be cold!  We really wanted something hot to drink at this point, but looking at the program, which also served as our ticket, we had three more church building stops on the itinerary.

A large Advent wreath was hanging from the chancel arch at St.Paul’s Lutheran Church, as we entered, we heard the carols of handbells, which was a fitting combination in this Gothic Revival style building.  The oldest building on the tour came next, First United Methodist Church.  More modern Christmas music was performed as drums, a keyboard, and an electric guitar were used by the band.  Our final destination was St. Francis de Sales Chatholic Church, where the choir sang from the balcony behind us, which gave the opportunity to close one’s eyes and to focus on listening to the beautiful music.  My personal favorite and their last song was the ‘Hallelujah’ Chorus.

‘Sights and Sounds’ was a wonderful way for us to experience the start of the Christmas season, especially in their twentieth year!  It was a special time to celebrate Jesus Christ’s coming and birth together across various Christian church denominations.  This truly was a heartfelt celebration!