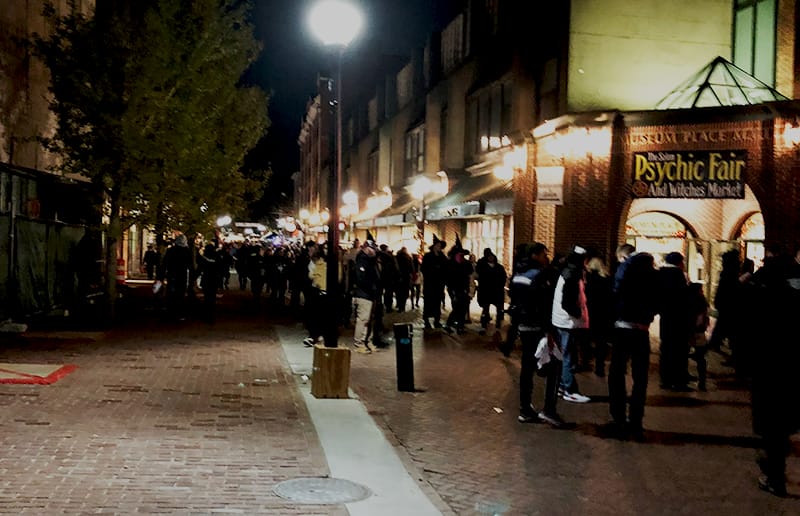 Another long weekend included going to the famous town of Salem, MA for Halloween. We both have always heard of the very well known “witch town” to be loads of fun on Halloween with its sinister past and spooky aura. Salem is a city on the North coast of Massachusetts right above Boston. It’s famous for its 1692 witch trials. Do you know the real story?

The causes of the symptoms of those accused of being a witch is subject of interest. Some researchers suggest psychological hysteria from the Indian attacks, eating of rye bread that was infection with a fungus called Claviceps purpurea (LSD is derived from), epidemic of bird-borne encephalitis lethargica, and/ or sleep paralysis. However, there are some that believe accusers were jealous, spiteful, and needed attention. Accusations were started by teenage girls, one being Elizabeth Hubbard who was 17 at the time and some other younger girls (Wikipedia, 2019).

Salem celebrates for the entire month of October. We picked the place, the weather didn’t matter this time (I know, I always say consider the weather, but the date drove this trip), the date was already picked for us, the Friday from work off approved, and then the place to stay. We had decided a little too late for there to be anything available right in Salem. We chose a place right outside Salem in Westborough, MA. It wasn’t anything special, just a hotel.

As I’ve said before make the web your friend. I found a web site that had to do with just the events going on Halloween weekend in Salem, called Haunted Happenings. This is the official website for all the events, special programs, and live shows. There were a multitude of fun, thrilling, enjoyable things to do. Salem also has attractions, museums, and tours which are open year round. This website has not only information on the attractions, but admission prices and ways to save on certain attractions. It tells the best time to visit and about each attraction. It even has non witchy things to do. Again, without really planning we looked at all the events and picked out a few we would like to do, but nothing set in stone.

The drive was grueling! I had been up all day working a full day and not able to take a nap. There wasn’t really time to stop and stay overnight anywhere, but what we did do was pull over at a rest stop and tried to nap in the car. Again, stuff that horror movies are made of…..lol I would not recommend this as it is not safe. This did not work, therefore, we will never do it again. I am 6’2” and trying to stretch out in the driver’s seat of a 2014 Chevrolet Captiva did not work. We did manage to get a little, but it was not restful. So, coffee. A lot of strong strong coffee was in order!!!!!

So again, this is a driving trip and I knew it was going to be a long one of about 10-11 hours. If you’ve read our other post’s you know I never let Nannette drive. I wanted to get there in one piece…..lol I like google maps for planning the drive and as I was telling Nannette the way we would go, she mentioned the Boston Aquarium. She had lived in New Hampshire at one time and worked in Massachusetts and had known about the aquarium, but had never visited. We love the ocean and the creatures that live there. Our plan was to leave Thursday evening after work and drive through the night in order to arrive in Boston early to visit the aquarium. See our review on the Boston Aquarium.

We arrived at our hotel which Nannette used Booking.com (as always), unpacked our things and headed straight to downtown Salem. The weather was great with the sun shining brightly with a cold nip in the air. As we approached the small town of Salem we loved it’s look. It was so quaint and very picturesque. This town was charming with houses contained in a compact way, close to each other. The houses were of a different time period, small, close together, with the touch of hand-made architecture features. The houses sit right up along narrow streets with a narrow sidewalk.

There was bustling crowd that was lively with laughter and people dressed in Halloween costumes. There was food everywhere you turned and all the restaurants and pubs were open late. There was one place we stopped for lunch called Turner’s Seafood at Lyceum Hall (see our review). We absolutely loved this place. After lunch we head to a few haunted place. First stop, Bunghole Liquors. 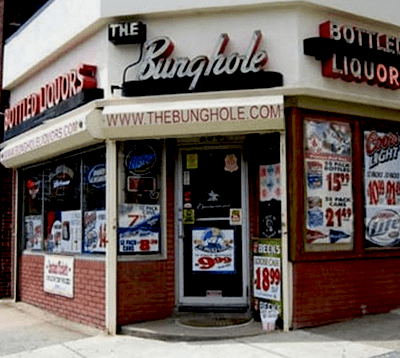 The liquor store was the sight of a funeral home. The owner ran a speakeasy in the basement during prohibition. They would say, “Meet me in the bunghole tonight.” This was slang for drinking in the basement. It’s said there is a female ghost that roams behind the wine racks and a feline ghost that haunts the shop. We unfortunately never saw or felt anything. Second stop was Wicked Good Books. Spirits of old sailors are said to linger, with disembodied voices floating through the air and sightings of pirates mysteriously emerging from the water. This was the go to place for illegal activity. The underground tunnels were used to make their way to brothels, as well as kidnap people. Again, nothing.

One honorable mention is A & B Salem. This place serves up their signature slammer-chic burgers and beer. Reported are freezing cold air spots, lingering energy, and a prison guard holding a clipboard that’s been seen. It was the site of an old jail.

We did a ghost walk tour at night. You are given little lanterns to walk with which is just good ambiance.
They tell you stories of years past about certain buildings and who haunt them currently

Well, that’s it. We had a great time and tons of good food!!!!!
We hope you get the chance to visit Salem, MA and enjoy all the spooks!