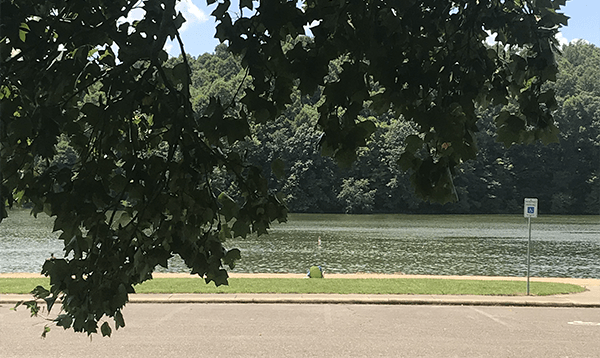 It was a gorgeous day!!!!! The temperature was about 85-89 and no clouds. We decided we had to just get out of town, but where do we go? Well, if you read our blog you know we will figure out a place. We wanted to do something or go somewhere that wouldn’t cost any money. So, we thought why not head out to a park with some water and a packed lunch. Salt Fork has been on our list of places to go for a while, so that’s where we went.

Salt Fork State Park is huge!!!! It’s the largest state park in Ohio at 17,229 acres. It is located in Guernsey County. The park has many activities such as an 18-hole golf course, campground, two marinas, fishing, dog park, hunting (in designated areas), trails for hiking and snowmobiling, equestrian use, miniature golf, nature center, and an archery range, but that’s not all. They have a 2500 foot public swimming beach with a concession stand, and showerhouse. 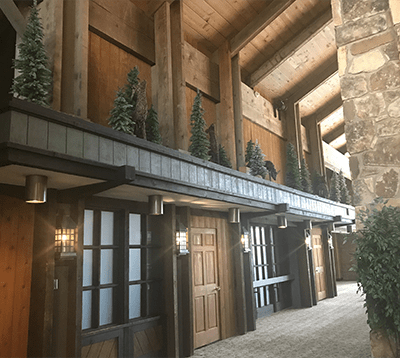 Of course, the lodge offers guest rooms. We have not stayed here, but would like to someday. We found the lodge and all areas to be very clean and inviting. We made our way through the campgrounds just looking around when we came upon a small marina and beach area. It was marked for campers only, but we stayed. It was a quiet, small beach (that was very clean) with tan colored sand few people and a couple picnic tables in the grass area. The water was beautiful as the sun made it sparkle. We sat at one of the picnic tables in the grass under a huge shade tree and ate our packed lunch as a small breeze blew our way. We watched a few kids play in the water as boats went by. After lunch we took our beach chairs to the edge of the water where we put our toes in the cool water and day dreamed. What an awesome area!!!!!

We both give Salt Fork thumbs up!!!! With so many things to do there is something everyone can enjoy. We will definitely go back! 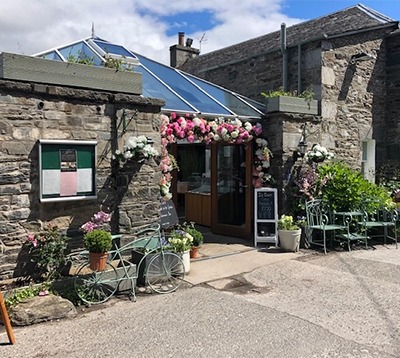 Huntingtower Castle was built in stages from the 15th century by the Clan Ruthven family and known as Ruthven Castle or the Palace. In the summer of 1582, the castle was occupied by the 4th Lord Ruthven, who was also the 1st Earl of Gowrie, and his family. Gowrie was involved in a plot to kidnap the young King James VI, son of Mary, Queen of Scots. During 1582 Gowrie and his associates seized the young king and held him prisoner for 10 months. This kidnapping is known as the ‘Raid of Ruthven’ and the Protestant conspirators behind it hoped to gain power through controlling the king. James eventually escaped and actually forgave Gowrie, but after a second abortive attempt by Gowrie and others to overthrow him, Gowrie was finally executed and his property (including Huntingtower) was forfeited to the crown.

That was a great little find, so now what, we thought? We needed a place to stay. That’s when we found a diamond in the rough, Comrie Croft Campground. This place has camping for tents and caravans, a hostel, farmhouse, tea garden, vegetable garden, mountain bike repair shop and store, along with mountain bike trails, and their own store. They have the usual showers and kitchen, freezer, fridge, and microwave. They grow all their own vegetables and never use pesticides. Their eggs come from range free organic fed hens.

All products on their shelves are organic or mostly natural. The best thing, in our option, is their tea garden. What an enchanting place to say the least!. They They have an outside area with several small tables and chairs at each table has a piece of sheep skin big enough to put around your shoulders for the cool mornings, days or evenings.

Each table has a small container of wild fresh flowers and some sort of small table game. The roof is covered with a few different varieties of vine along with tiny white lights. Also hanging from the rafters are different size tea pots, kettles, and cups. Hanging along the edge are a few tea pots hanging in macrame plant hangers and plants have been placed in the tea pots. There are whimsical signs and different decorations. 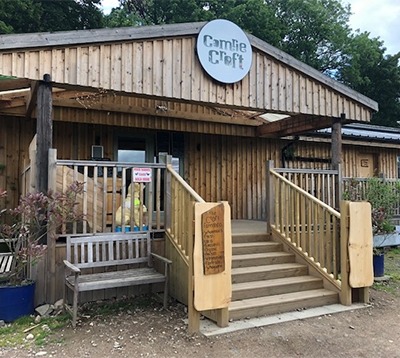 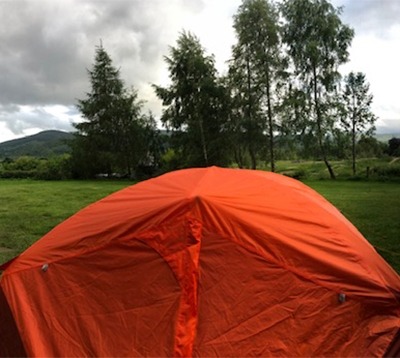 Their counter is open to the outside and on display are many kinds of delicious treats to tease your taste buds. They have several boards hanging above their counter stating all the goodies with their prices. As you move to the inside part of the tea garden you’ll find many different types of antique tables and chairs. All of which none match giving it that unique characteristic. There is a large baskets filled with many lap blankets. I e item that draws you attention is the stag antlers. Hanging from the antlers are tea cups and tea pots. There are old books placed throughout, an old fireplace mantel, an antique bird cage, old mirrors, and much more. It’s the kind of place that makes you feel all warm and fuzzy inside. The tea garden was closed when we arrived, so we are anticipating a great treat in the morning. The campground was the highlight of the day for sure.