Château Laroche | Loveland Castle, also known as the Loveland Castle, is a museum on the banks of the Little Miami River north of Loveland, Ohio, United States. A folly of a historical European castle, construction began in the 1920s by Boy Scout troop leader, World War I veteran, and medievalist Harry D. Andrews. 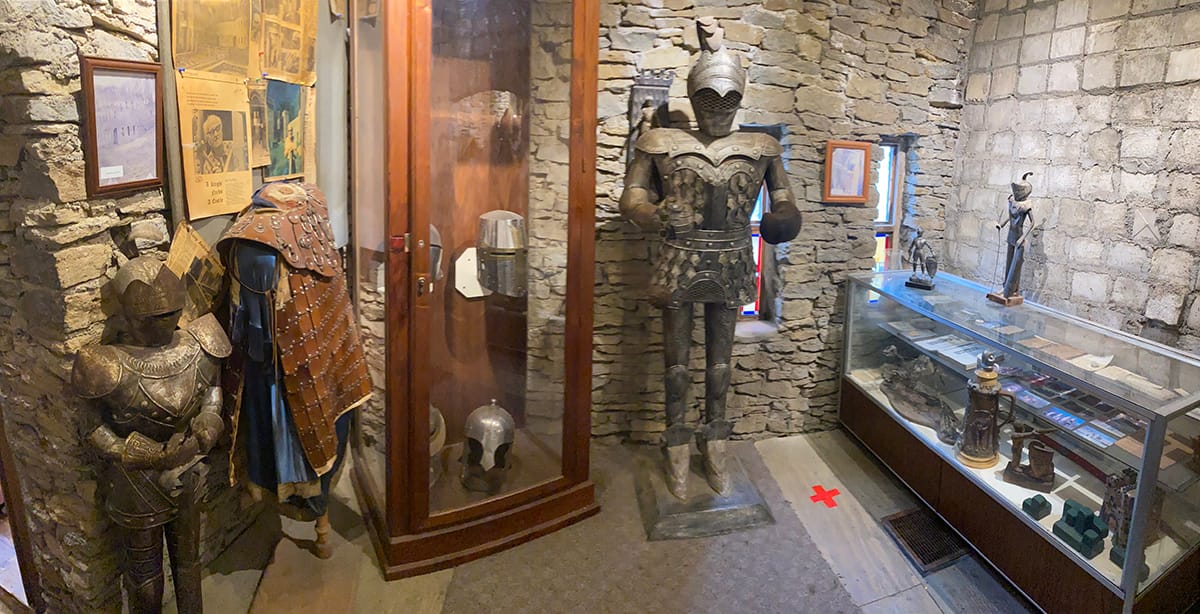 For over fifty years, Andrews worked on his castle project. He pulled stones from the nearby Little Miami River, and when that supply was exhausted, molded bricks with cement and quart milk cartons.

When Andrews died in 1981, he willed the castle to his Boy Scout troop the Knights of the Golden Trail (KOGT). The Castle has been extensively upgraded and renovated in the years since Andrews’ death and has been mostly completed by the KOGT. The East tower now houses a short video presentation on Andrews’ quest to finish his dream. The walls of the upstairs chapel feature many stones brought back by Andrews in his world travels and others sent to him from foreign locations by his friends and followers. Recently completed are an expansion to the outside gardens and a greenhouse.

Tales of the castle being haunted – often coming from Chateau Laroche’s own volunteer knights – have been reported over the years.