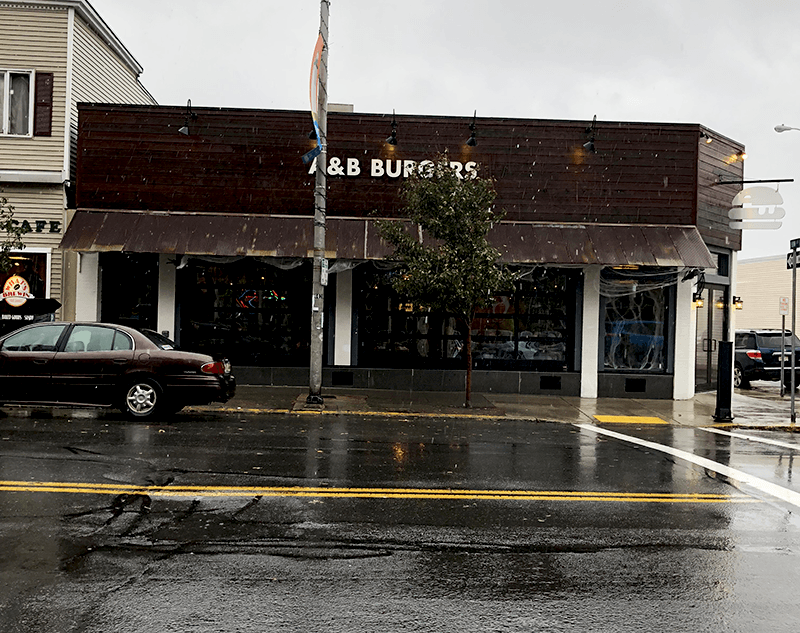 A & B Burgers restaurant is based around hospitality, creative menus, and a dining room driven by the energy of the bar. Occasionally, there will be a jazz trio. They just so happened to be playing the day we went. It really set the atmosphere as relaxing and up beat. The restaurant also is the home of an old historic jail. There are spots in the restaurant that are freezing cold and the feeling that someone is behind you. Psychics have visited and said there is an old jail guard holding a clipboard that sticks around.

So, both of us went to the bathroom (not at the same time..lol) and we both had a very odd feeling in the bathroom and around that area. Very creepy! We asked our waitress where the ghost of the jail guard stands and she replied that there were no ghosts. Apparently, no one has told her she is being watched….lol

Nannette got The Hangover Burger which has American cheese, bacon, and a fried egg. She reported the burger being one of the best she had ever had. I had the delicious Bacon & Blue Burger which was Blue Cheese Crema, Crispy Bacon, Pickled Red Onion, and Arugula. This was a very very good burger. The fries were really good too. They were the big steak fries with seasoning.

So, with the place being haunted, live music, and good food we give 5 stars!!! 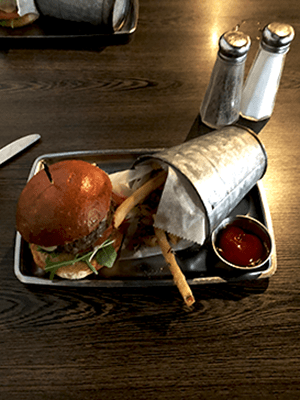