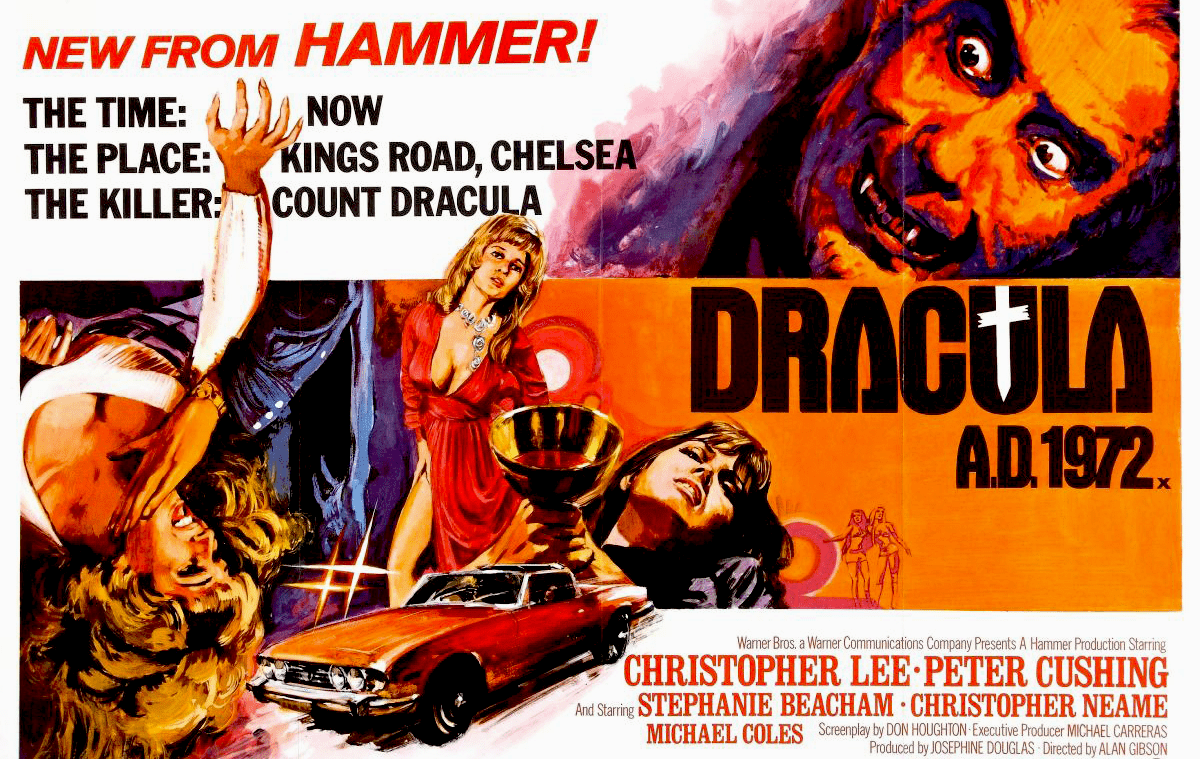 “Dig the music, kids. Let it flow into you. Give yourself up to it.” 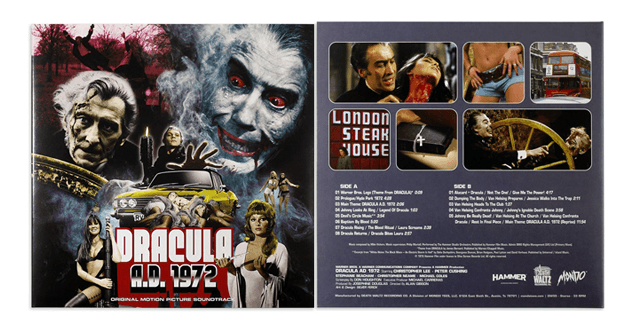 Death Waltz Recording Company is proud to release another classic from the Hammer horror stable in the shape of Dracula A.D. 1972. Bringing the legend of Bram Stoker’s immortal creation into past day, the film pits the charismatic Count Dracula up against the disco decade after being exhumed by a group of hippies performing black magic, with Cristopher Lee and Peter Cushing reprising their legendary roles.

Composing this madness was Mike Vickers, former member of 1960’s pop quiet Manfred Mann, who provided a memorable contemporary score that followed in the footsteps of jazz scores from that era. One off pressing of 1000 units. Pressed on 180g psychedelic splatter vinyl housed inside a 425gsm gatefold sleeve designed by Silver Ferox.