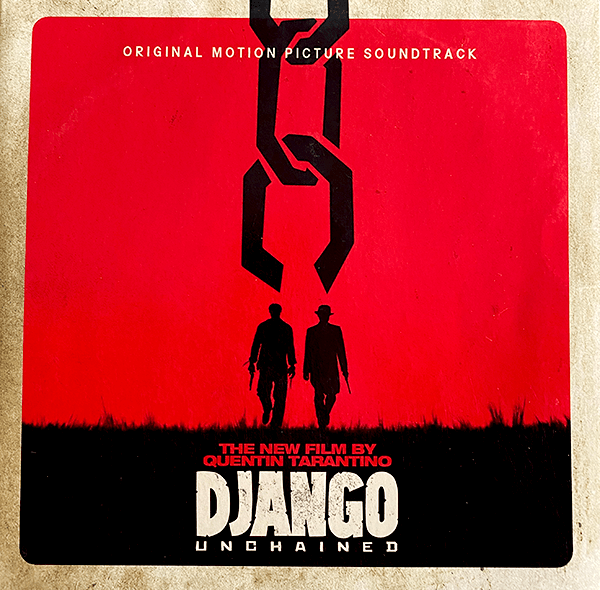 This is the original double vinyl LP soundtrack to the 2012 motion picture written and directed by Quentin Tarantino. The film stars Jamie Foxx, Christoph Waltz, Leonardo DiCaprio, Kerry Washington and Samuel L. Jackson. Django is a slave living in the Deep South after having been separated from his wife Broomhilda. When Django is held for a slave auction, Dr. King Schultz , a bounty hunter who poses as a dentist, frees Django from his vicious masters, the Speck brothers, and gives him the option of hunting down and killing the Brittle Brothers, a ruthless gang of killers whom only Django has seen. In return, Schultz will free Django from slavery completely and help rescue Broomhilda from the plantation of the charming but ruthless owner, Calvin Candie.

This vinyl is great! The soundtrack is a great listen and a collector’s must have. I loved this movie and Mr. Tarqantino did a spectacular job in this motion film dipicting slavery and revenge at it’s best!