Cruisin’ to the Skyview 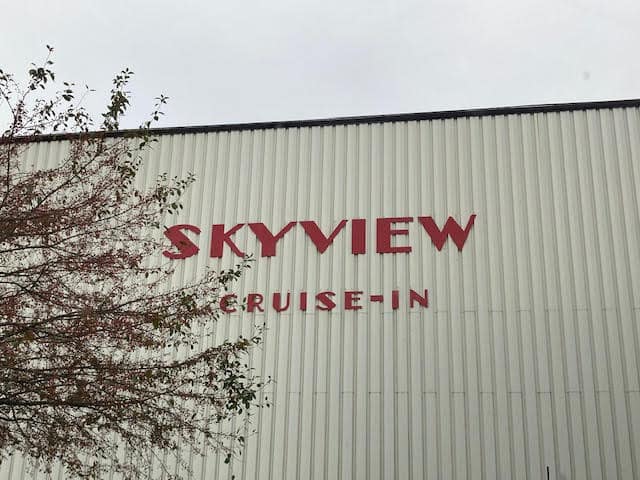 The Skyview Drive-In located in Lancaster, Ohio provides the opportunity to view two films for only $9 with a beautiful view of the surrounding trees, gorgeous sunset, and sky above. We have gotten some lovely sites of the moon and stars in the past. But this evening, the glorious sunset stole the show. 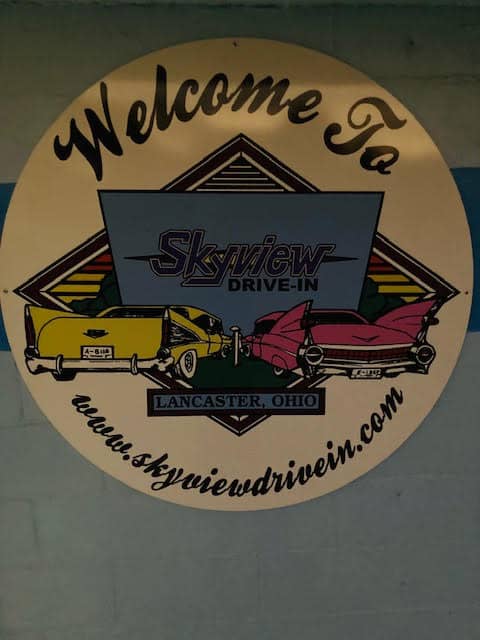 We arrived close to 6:30 pm and were able to get a good spot in line, as the gates opened at the time we arrived.  Ready to eat, the concession stand was first on our list. A 16 inch pepperoni pizza and jalapeño poppers hit the spot!  The thicker crust and loads of cheese really filled us up; we could only eat half of the pizza.

After enjoying dinner and the sunset, the first film started showing around 7:45 pm. Smile kept our attention, as we were trying to figure out how the main character was going to survive and get out of her situation.  Our of five stars, one of us rated this movie a 4.3 and the other gave it a 4 rating.

A brief intermission allowed for a restroom break and getting refreshments at the concessions.  A Velvet’s ice cream sandwich was a fitting dessert.  The second film started in perfect time after our dessert: Orphan First Kill.  A prequel to the franchise’s first film, the story gave more details and background about the main character’s past.  Still, it made one wonder even more about her deeper origins.  Not wanting to include any spoilers, our general observation was that there’s a big twist we did not expect.  Our ratings for this movie are a 3.8 and 3.5.  Our attention wasn’t peaked as high throughout the whole film as it was for the first film shown.

If you’ve never experienced a drive-in theatre, Skyview offers a classic cruisin’ feel for a drive-in nostalgic time. The fresh air, sky views, and friendly staff make it memorable. We have decided there will be multiple returns in our future.