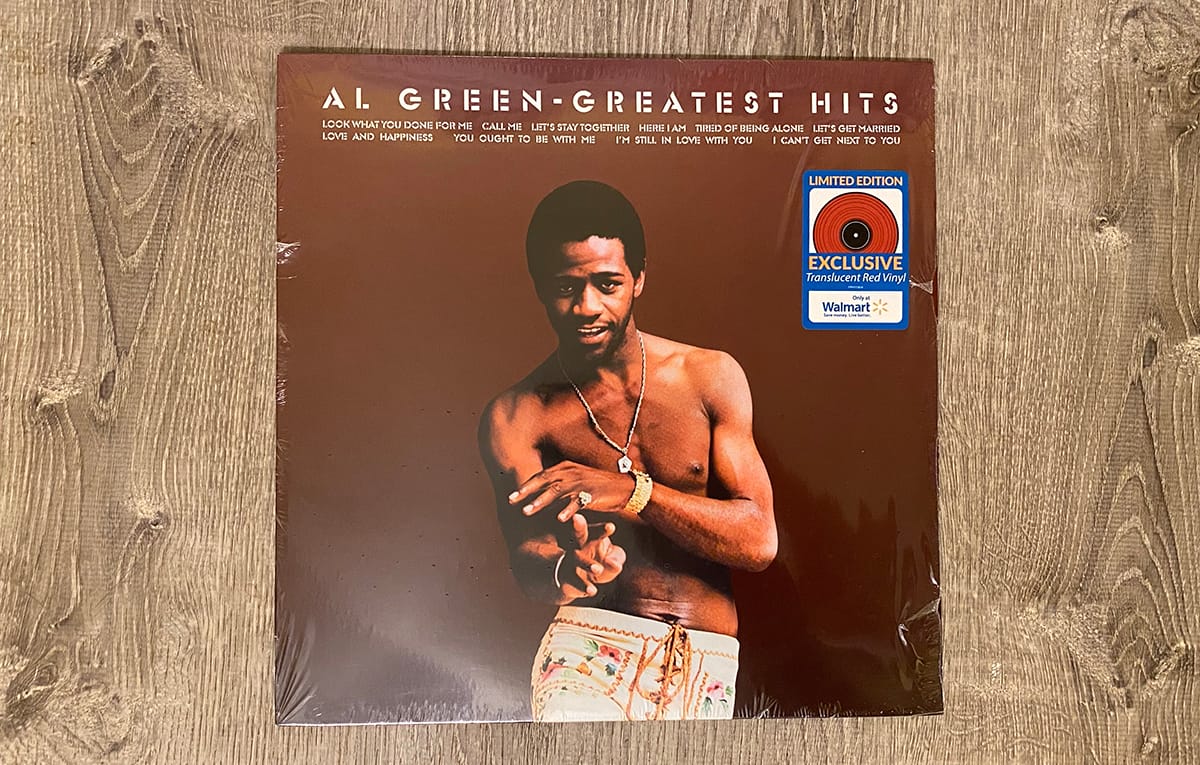 For quite some time, I have wanted the Al Green – Greatest Hits album on vinyl and recently, my husband purchased it for me as a birthday gift; it also happens to be the red vinyl [Exclusive], which is a beautiful color pop to the eyes.  Originally released in 1975, the album ranked number 52 on “Rolling Stone” magazine’s list of “the 500 greatest albums of all time” in 2003 and again in 2012, but lost its place in 2020, falling to number 456.  However, it continues to rank as one of the best “greatest hits albums”!  Al Green is also on “Rolling Stone” magazine’s lists of “the 100 greatest singers” and “artists of all time”.  Songs included on the album are as follows: Tired of Being Alone, Call Me, I’m Still in Love with You, Here I Am, Love and Happiness, Let’s Stay Together, I Can’t Get Next to You, You Ought to be with Me, Look What You Done for Me, and Let’s Get Married.

There is no denying Al Green’s gift of voice with his depth and conviction in what he is singing.  He is considered a soul singer, one of the greatest.  His “All Green-Greatest Hits” album is an excellent compilation of Green’s smooth sound.  Whether setting a romantic mood, providing a relaxing environment, or giving good solid music a listen, this album does not disappoint.